Pseudorandom functions (PRFs) are a central concept in modern cryptography. A PRF is a deterministic keyed primitive guaranteeing that a computationally bounded adversary having access to PRF's outputs at chosen points, cannot distinguish between the PRF and a truly random function mapping between the same domain and range as the PRF. The pseudorandomness property in the well-known candidates follows from various computational hardness assumptions. The first number-theoretical pseudorandom functions (PRF), has been proposed in the seminal work of Goldreich, Goldwasser and Micali1. Since then, PRFs found applications in the construction of both symmetric and public-key primitives. Following the beginning of their investigation, various number-theoretical constructions targeted efficiency or enhancing the security guarantees. Recent developments of PRF s include works on key-homomorphic PRFs or functional PRFs and their variants.


A related, and more powerful concept, is the notion of verifiable random functions (VRFs). They were proposed in 1999 by Micali, Rabin and Vadhan2. VRFs are in some sense comparable to their simpler counterparts (PRFs), but in addition to the output values, a VRF also produces a publicly verifiable proof $\pi$ (therefore, there is also need for a public verification key). The purpose of the proofs $\pi$ is to efficiently validate the correctness of the computed outputs. The pseudorandomness property must hold, exactly as in the case of a PRF, with the noticeable difference that no proof will be released for the challenge input during the security experiment. Since the introduction of VRFs, constructions achieving adaptive security, exponentially large input spaces or security under standard assumptions were introduced. However, the construction of VRFs meeting all aforementioned constraints at the same time has been proven a challenging academic exercise. Finally, progress in this direction has been made due to the work of Hofheinz and Jager3, who via a construction meeting all the requirements. A major constraint in achieving adaptive security under a static assumption resided in the lack of techniques for removing the "q-type assumptions" (the "size" of the assumptions is parameterized by "q" rather then being fixed) from the security proofs of the previous constructions.


An adaptive-secure VRF from standard assumptions 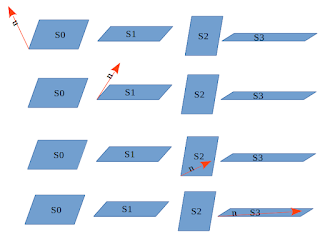 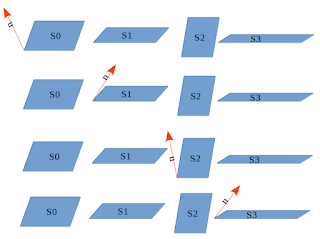 The intuition for the proof can be summarized as follows: